Your Dogma just Ran over My Karma 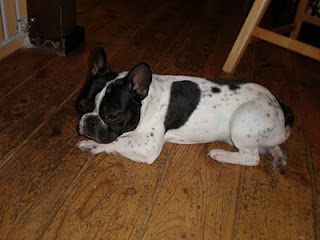 No I didn’t make that up, I saw it on a bumpersticker, reversed actually, but it was fitting for today.
Ya know, I have tried to believe in religion, Christianity, Self realization, the Golden Rule, Karma….but I always find a glitch. I want to believe, I really do. But the hypocrisy, the lies, the hateful people that call themselves Christians. Just this morning in the news – a Christian Militia planning to attack and kill police officers? How do the words Christian and Militia even belong in the same sentence? Does anyone remember what Christ stood for? Love, and compassion and kindness, from my understanding. But what do I know.
I mean, just look at the people who have been good and kind, have given their lives in service to others, how they ended up. Lincoln, Kennedy, Martin Luther King, Jesus…
I say a prayer (or whatever you want to call it) for President Obama every day. How can such a good man be turned into this monster in the minds of so many? I guess the same way some turned Lincoln and Kennedy and Jesus into an enemy of the people. So where is that Golden Rule? Where is the Karma? Is there really any justice in the world? I’m feeling pretty doubtful.
And that brings me to my situation….after all this blog is about ME. I made a facebook post the other day about the fact that I am being sued over an abandoned dog I adopted. I said that no good deed goes unpunished, and sadly, I have seen this to be true in my life.
In January, we traveled 10 hours to pick up this dog, who was found in the middle of a highway in Nevada City. We have loved him and made him a part of our family. Now some guy who says he used to own the dog is coming after us, saying we stole the dog. Three weeks ago, on a Sunday morning as I relaxed with my family over breakfast, some idiot rang my doorbell and served me papers. We are being sued in Superior court for thousands of dollars. The guy has no proof of ownership, and in fact, he is only one of three different people who have now claimed ownership of the dog. It’s a long sordid story, but L.A. County animal control told us the dog is legally ours and we are in the right.
Anyone can sue you for anything, even if you never did anything wrong, forcing you to spend thousands of dollars to protect yourself. That’s what I’m dealing with today.
This isn’t the first time for me. Five years ago I had a nonprofit which I had founded with a few other musician friends, teaching music and art to teenagers who were in the foster care system. I created the programs and taught them myself. Only one of my friends, Joy Bonner, volunteered to help me run the programs.
Every year we would hold a big fundraiser concert, and we had started to get some celebrities performing for us. Then we started getting press. And then folks got greedy.
One of the founders, along with one of the board members, decided they wanted to get rid of me and run things themselves. They had no interest whatsoever in working with foster kids. They wanted the power and the prestige of working with the celebrities. So they lied about me to other board members, said I had my hand in the till, and tried to sue me. I fought back and they eventually dropped the suit. But it turned what once was a beautiful nonprofit program into an ugly battlefield. The greedy women took back the musical instruments from the foster children, and put them in a storage unit. In disgust, I resigned, and took my program with me. I started a new nonprofit on my own.
I loved these kids. I brought them to my home on weekends, I spent Christmas with them. I gave them birthday parties and Quincineras, and eventually, baby showers. But the “system” didn’t see any worth in providing arts to foster kids. What purpose did it serve? What money did it bring into the system? And although I only made a few thousand measly dollars a YEAR for my program ( I worked 90% of the time for free) they cut my funding.
So tell me, when does a good deed go unpunished?
A least I can look myself in the mirror every day and feel good about my choices, even if they didn’t work out. I guess that’s it. That’s the reward.
And I think about president Obama, how people are calling him the Anti-Christ and throwing their projected fear and hatred onto him, and how he holds his head high, not taking the bait, and I think….Buck up, girl. Get your ass back to work and fight that damn lawsuit!

← Prev: Life Is What Happens Next: Words Have Power. Wield Them Wisely. →

The Best Days of Your Life

The first moment reuniting with Ayumu at the airportToday is May 18th. It's early morning and my grandson Ayumu is at...

“Oh Me of Little Faith”

As many of you know, I’ve been on a daily practice of meditation and prayer, and my life has begun to shift. (If you...

Throw Love at It

My friend Mary gives the best advice. Over a year ago, I sat in her front yard with tears in my eyes, and told her...