You are Rich- and Here’s Why

After sending out over 200 resumes and getting no response, in a moment of quiet desperation, a young woman named Vicki Harrison ended her life. I was devastated to read about this poor girl’s tragic end, and yet, I could empathize. I too have been sending resumes out for three years, and have not gotten one response. I’ve owned a national company, have run 2 nonprofits, spent ten years teaching arts workshops, published a book, and yet, I can’t get a job. My husband’s income alone is supporting our family of five. Insurance is nearly capsizing us (health, car, homeowners, fire, flood, life). There are many days I feel overwhelmed and hopeless.
But what I remind myself every day, and wish I could have told young Vicki, is that in comparison to the rest of the world, we are incredibly wealthy and blessed. It’s only our perspective that is lacking.
Living in America or any westernized country, its easy to get caught up in that keeping-up-with-the-Joneses thing. We are blasted with advertising every second of the day, subtly persuaded to believe that we are not enough without that car, that flat screen TV, that newest model of iPhone/computer/iPad, anti-aging-anti-cellulite-anti-everything cream…You’re not enough, not enough, not enough. You don’t have enough: food, things, money…
Here’s the thing. All of this is an illusion. Step out of westernized thinking and culture for a minute, and consider the way the rest of the world lives. Here’s why you and I are some of the richest people in the world:
Do you own a car? If so, consider yourself one of the elite. Less than 9% of the world owns a car.
Do you own a computer? Have internet access? Only 22% of world population has access to the internet, and many of those do not personally own a computer.
Do you have running water? More than one billion people globally lack access to safe drinking water.
Let’s bring it back to just America:
Do you make $33,000 or more annually? If so, you are in the top 50% of wage earners in the United States. According to the Census Bureau, the median income for an American family of three is a total 52K.
14% of Americans are living below poverty level- an income of less than $22,000 for a family of four. (Globally,  2.8 billion people survive on less than $2 a day)
So take heart, and count your blessings. Yes, we’re in a recession. Yes, it is really, really hard to find a job. And yes, many of us are making less now that we did in previous years. But in the eyes of most people in this world, we are rich beyond their wildest imaginings.
Any of these people would love to trade places with us. 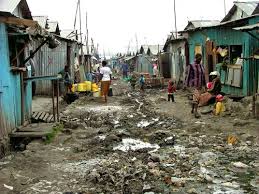 A perspective of lack and hopelessness ended Vicki Harrison’s life. She had enough to live on, and family and friends to support her. Eventually, she would have found a job — in fact, it could have been resume #201.
For more perspective, here’s a great article:
Why You’re Not Actually Poor
and: WorldWatch.org
← Prev: Today I Feel Like a Failure Next: Reclaiming Joy, Part One →