Why I Turned to Planned Parenthood 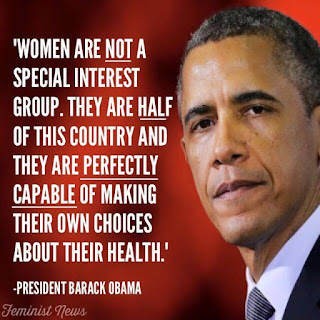 I am pro-family and pro-choice, and I stand with Planned Parenthood. It’s reprehensible for the men of the Republican party to attempt to cut health care funding for women. Many times throughout my life, when I was unable to obtain health insurance, I have relied on Planned Parenthood for my medical care.

When I was young and newly married, my ex-husband and I had our own business. (Isn’t that the American dream, Republicans?) And while we were building our dream, struggling financially and without healthcare, I turned to Planned Parenthood for care. Planned Parenthood was where I went for my first pregnancy test, and where I got the happy news that I was carrying my daughter Cristen.
Planned parenthood is where I had my annual exams, where I got my birth control, and where I went when I had medical problems.
In my late thirties, I would once again find myself without health insurance, due to a pre-existing condition. (My pre-existing condition? I had seen a therapist for depression and anxiety after my house burned down.) Every insurance company denied me, even after I appealed annually and wrote numerous letters.
I turned to Planned Parenthood for my annual checkups and breast exams during those six long years that no one would insure me.
And now, in a shrewd political move leading up to the Presidential campaigns, the House Republicans voted to cut funding to Planned Parenthood, claiming that tax-payers are funding abortions. Abortions are only 3% of the care that Planned Parenthood provides, and taxpayer funds do not pay for them. But yes, Planned Parenthood does provide abortions- and unless you are a woman who has been in the excruciating situation of having to choose, you have no right to judge. (A very close friend of mine was raped at gun point and got pregnant with the rapist’s child. Should she have been forced to be further violated by carrying the rapist’s baby? Or should she have gone to court to prove the rape, so she could have had permission to have an abortion?) 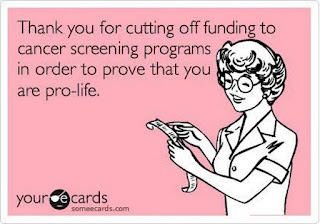 Republicans: How is cutting life-saving screenings for women all over this country “pro-life”?

If you are going to call yourself Pro-life, you ought to walk your talk.

← Prev: I'm Hitting The Road- and Might Be In Your Town! Next: How Americans Contribute to the Culture of Gun Violence →

Pro-family, pro-choice, Pro-saving lives. Just a brief rant today to say that I am pro-family and pro-choice, and...