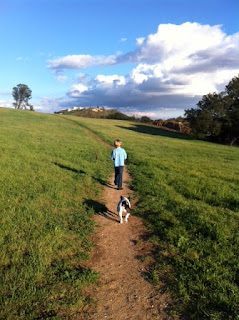 Many of you have been asking for an update on Stitch, while we have been lying low over here. First let me assure you, Stitch is still happily with us, and is healthy and thriving. He and Evan are growing up strong together.
When this legal battle for Stitch began, I had hoped ours would be the precedent-setting case – the tipping point for overturning the Lost Property Statute in relation to family pets. But it wasn’t. As most of you know, in June of 2011, the judge awarded custody of Stitch to the plaintiff because of Lost Property Statute. (He also slapped the plaintiff with monetary damages, which we never asked for, and never collected). We immediately filed for an appeal. Our appeal was thrown out last July, 2012 (due to budget cuts in California courts). But we never gave Stitch up, and we continue to file motions. At this point, we will file motion after motion until the case burns itself out.
The interesting thing is that, although the plaintiff won custody of Stitch, he never attempted to claim him. He never contacted us, neither after the first or the second trial.
So Stitch is still with us and the case goes on and on in perpetuity. Limbo was not exactly the happily-ever-after ending I wanted. I wanted to change the law – for Stitch, for you, for all our pets. We didn’t change the law. But, at least we started a national conversation. We were on the news, front page of L.A. Times and many national newspapers, we were even on NPR. We got America buzzing about the issue of pet’s rights, verses “owner’s” rights. We made the point that our pets are loving sentient beings – guide dogs for the blind, therapy dogs for the sick, companions for our veterans.  I hope America’s eyes have been opened to the fact that pets are not property.

I guess at the end of the day, we do have our own version of a happy ending. The case drags on but we have Stitch and he is happy, healthy and loved. We thank all of you for your ongoing support and kindness through this long three-year battle. We never would have made it this far without you. 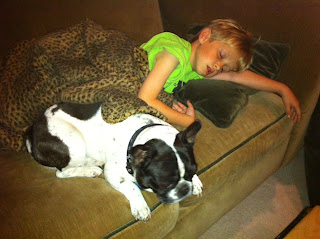 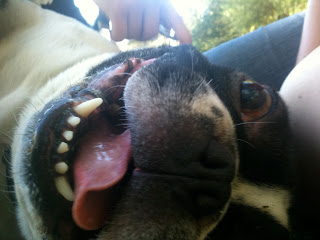 For backstory on the Stitch case, read: “Stitchy, the L.A. Times and the Painful Lesson Learned.”
OR
“All Because of  Little Dog Named Stitch“
← Prev: Funny Dark Squiggles Next: People...Who Needs 'Em? →

Here we are, at what we believe will be our final ruling in appeals court (but who knows with this case) in our fight...