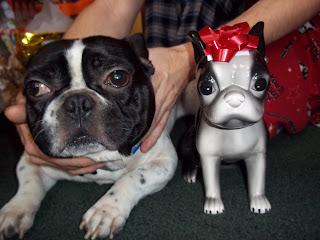 All this fuss over lil ole me?
If you’ve been following this blog for a while, you know I don’t do anything small. So of course when I have a civil dispute over a dog, which no one believes could ever go to court, it turns into a three-day grueling “YOU CAN’T HANDLE THE TRUTH!!!” kind of theatrical trial, complete with fire alarms going off, plaintiffs break dancing and walking around on their hands…and then, this:
We have a video, and it’s incriminating, undeniable proof that the other side is lying, and this video which played fine the night before for some odd reason will not play in the court. The judge gets annoyed and says we have 2 minutes to figure it out. It was like one of those movies where the hero has 15 seconds to diffuse the bomb and you can see the clock ticking and your stomach is all twisted. In the last ten seconds the video finally pops up, we all breathe a sigh of relief, our attorney puts it in the witnesses face, we’re all on the edge of our seats then BAM- the computer crashes.
Yeah. So that happened.
It all came down to his word against ours. Oh and the fact that we had all the legal paperwork proving ownership of the dog, which you would think would be a slam dunk, right? Apparently not.
As we came to a close today, the judge pulled both attorneys into chambers. It seems there has never been a case like this on file, so our case will be the precedent-setting case. Yes, we will be the “Roe v. Wade” of dog ownership cases for years to come. Like I said…I don’t do anything small.
Having heard both sides, the judge now wants both attorneys to submit to him 10 page briefs stating their side’s adherence to known laws regarding animal ownership, which are wishy-washy at best.  These will be submitted by May 28th, he’ll take several days to review it, and will mail the decision to both attorneys. It looks like it will be June before we know anything.
I can’t say much more about the trial at this point except that it was more stressful than I ever could have imagined, and that we all fought so hard, and did everything humanly possible (including many of you) to save Stitchy.
The positives so far: Our attorney Jill Ryther kicked ass, and has become a wonderful new friend. We had premier animal attorney and activist Shannon Keith supporting us at the trial. Our witnesses did fantastic, and both Troy and I felt strong, even under cross-examination, which is like undergoing a route canal without anesthesia. Many friends showed up to support us, and that was an incredible gift that enabled me to buck up when the going got rough. Our attorney Jill was extremely happy with the way our case was presented, and so were we. And, the judge was a nice guy, and seems to be an animal lover, which really falls in our favor.
That’s all I can say for now. Maybe one day it will be a movie of the week. Or a book.
“The Stitch Conundrum”. What do you think?
So now we wait, and pray, and wait.
Thank you to everyone who has stood by us through this, who has contributed and supported, lent an ear, lent a hand, said a prayer. We felt you with us this week. With all of us invested in this together, the only possibility is a huge win, right?
← Prev: David and Goliath Next: Buried Treasure →