The Smartest Kid in Class 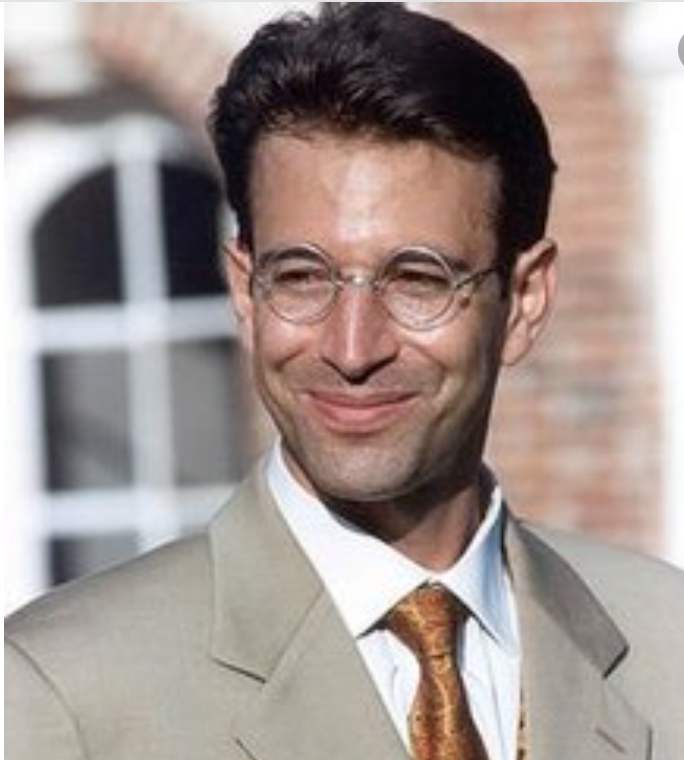 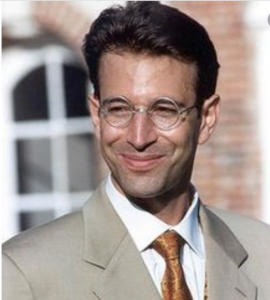 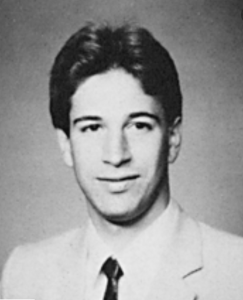 It’s always a perfectly ordinary day when fate delivers its most crushing blows, and that’s the way it was that sunny, January morning. I was walking into the supermarket with my husband Troy, drinking a cup of coffee, when I picked up the L.A. Times. The picture on the front page made my stomach lurch.

“I know him!” I pointed to the photo. “How can this be real?” My eyes filled with tears.

As I numbly walked through the supermarket, absently dropping items into my cart, I was overcome. Memories and emotions I had pushed away for so long now enveloped me.

Birmingham High School, 1979, was where I first met Danny. He was a brainiac, as we kids used to say.  I was an average student, but French came easy to me. Any kind of language, actually. It was the math and reasoning part of my brain that struggled. In my first year of French, I got straight A’s without trying too hard. But then I was placed in honors French with the infamous Madame Leisner who, as everyone knew, suffered no fools. It was French immersion class, meaning she spoke no English at all to us, ever. Once I got past the initial intimidation, I fell into it wholeheartedly, speaking French with my friends outside of class, and even began dreaming in French. I hoped one day I’d go to France, but I didn’t know how that would happen.

Danny and I were in Madame Leisner’s class together for two years. I was sure Danny had been to France. He was the kind of kid who, I imagined, spent his summers in Europe with his family. I had a single mom who worked nights and supplemented our income with food stamps, while I, at fifteen, worked in a restaurant to get by. The reality was, I would probably be a waitress and work nights like my mom.  But a girl could dream, and I did. In French.

Danny excelled in Madame Leisner’s class. In fact, he excelled at everything. He was an accomplished musician, an honors student, popular, came from a successful family. Danny had a way about him. He stood tall, with no need to impress anyone. He was super smart, not geeky smart, but the kind of smart you wanted to be. He seemed comfortable in his own skin, which made the slacker kids uncomfortable around him. He came from a supportive family who encouraged his education. And I was the kid whose dad was in prison. I was the kid who longed to speak a different language.

French was one area where I could almost stand shoulder to shoulder with a kid like Danny. I barely had to crack a book. When I received a “B” that quarter with no effort, I was quite pleased with myself until Madame Leisner kept me after class the next day. She held up my report card with a stern face.

And in French she continued to lecture me (I’ll spare you the translations), the bottom line being – you can do better than this. Way better. And she was right, I could, but I just couldn’t think of reasons why I should. I mean, who cared?

Until that moment, until that day, I had no self-respect. I ditched school. I got drunk at parties. I had no vision of a future. Until she said, “You can do better than this.”

The next thing I knew, she had taken me from struggling through a reading of “Le Petit Prince” to reading French novels like  “Les Miserables.” She had me writing essays in French.  She pushed me to excel. She was not the mushy-gushy I care about your feelings kind of teacher. She was brash and insistent, commanding respect. There was no room in her world for mediocrity.

One day after class Madame pulled me aside and said she wanted me to enter a French speech competition. I could never say no to Madame, but I was shocked that she chose me over Danny. He could have surely won that competition with ease. He was the perfect choice. I was bewildered. Why me? Why didn’t she choose him?

The speech competition took place at Harvard Westlake Academy, where the wealthiest, most privileged kids in L.A. attended school.  I pulled into the parking lot in my trusty old Mustang, which bellowed like a motorboat and leaked oil everywhere it went. I parked alongside the Cadillacs and Mercedes, signed in and took a seat alone amongst the other kids who sat with their parents. I felt awkward and clumsy, an imposter in their emerald city. When it was my turn, I got up before the judges and delivered my speech about Les Baleines (the whales) and their impending endangerment. I could feel panic rising in my throat, my vocal chords constricting. The way the judges looked at me, confused, tilting their heads, made me nervous. I felt their eyes were saying you don’t belong here. I could feel myself flailing. I knew the flow and rhythm of my speech was horrendous. I was shaky, stumbling on my French pronunciations – which had always been my strength. French people said I spoke naturally. Not that day. Needless to say, I did not win. Danny surely would have, but Madame Leisner bet on the dark horse this time. I was crushed, humiliated that I had let her down. It wasn’t for lack of preparation – I put the time and research in. My problem was I didn’t have the self-assurance of a kid like Danny.

It was painful to face Madame Leisner on Monday. But she just picked up where we left off, Ouvres vos livres, s’il vous plait…(Open your books, please) and we went forward as though nothing had ever happened. I looked across the room at Danny. So smart, so serene. Why didn’t she choose him?

After High School, I continued to flounder, while Danny continued to excel. I dropped out of college. I waitressed. I got married and divorced. I waitressed again. He went to Stanford, became a journalist, then a bureau chief for the Wall Street Journal. He married a French writer, and was about to become a father. How, then, could this headline be real? Our Danny, abducted by terrorists? I studied the L.A. Times article, poring over every word. I couldn’t accept the reality of what I was reading.

The fluorescent lights in the supermarket were beginning to give me a headache. I felt woozy. I stopped in the cereal aisle, leaned against the cart and said a prayer that he be delivered home to his family, and then I fell into my husband’s arms and sobbed in the middle of Ralph’s market.

My prayers, and the prayers of so many others, were not answered. Weeks later, Daniel Pearl was brutally murdered by the militant terrorists who had held him captive. Our Danny, the smartest kid in class. An incredible bright light was gone in an instant. And I am still here on Earth wondering why? What sense could be made of all this?

Years later I attended a writer’s workshop, where once again, I was surrounded by the best and the brightest ivy league-educated writers, and could feel those old feelings of insecurity beginning to creep in. When the instructor returned her notes on my piece, there was one place where I had used a really awful cliché, something about feeling like a girl in a Cinderella fairytale, and she wrote in the margin “You can do WAY better than this.” Tears welled up in my eyes, and I smiled. I remembered Madame’s insistence, and again, I thought of Danny. A musician, a courageous writer, a soon-to-be father, and loving husband, he lived up to his own expectations for his life. He stood out in this world. We all expected it from him. The problem was, I had never expected it from myself. Now, Danny was gone, without the chance to wake another day. But I did have this life I was given, and it struck me, how dare I even think of wasting another moment hiding behind my insecurities. Facing the mortality of my peers at such a young age, especially one who was so iconic to me, rocked my world. I had to look within and ask myself some tough questions. Danny gave the world his best. Had I? You can do better, that’s what Madame said. If nothing else, in honor of Danny, I was obligated to prove her right.

In the years since Danny’s murder, I have pushed myself to do better. I became an author, and founded a nonprofit, running workshops for teens in crisis. I set a standard of excellence, the kind I saw in Danny, for my own children. Two have already graduated college (the youngest still in school). Like Danny, all three play instruments.

I ponder this intricate web of humanity; how often we touch each other’s lives without ever knowing it. A hug, a handshake, a smile at a stranger could change the course of a day – that day could change the course of a life. Although I didn’t know Danny well, simply by being his authentic best self, I absorbed the message that I too could rise to the best that was in me. Maybe that is the point of it all, and the sense that can be made. Each of us is here to connect, to lead by example, to touch the life of others. And if we’ve done it well, we leave this world a little better than we found it. I would say Danny did that well. He left an imprint on the world beyond what he could have ever imagined. His was a life well lived, which continues to inspire people all over the world.

Today, my French is rusty, and I still have not made my way to France. But I have set an expectation for myself and I know that one day soon I will get there. When I do, I will sit in a Parisian café and raise a glass to Madame Leisner, and to Danny, the smartest kid in class.

The page you requested could not be found. Try refining your search, or use the navigation above to locate the post.