Peaceful politics: What do you stand FOR? 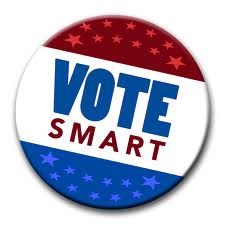 It’s been said that when Mother Theresa was asked if she would join an Anti-War march, she said, “No. But when you have a march for peace I will be glad to join.” When seeking direction in my own life, I always think Mother Theresa’s wisdom is a good place to start. Especially when it comes to politics. We’ve all had a good earful of what politicians and voters are against, but I would rather know what someone stands for.
This is what I am FOR.
I am for women maintaining the reproductive freedom we fought so hard for. One of my closest friends was raped at knifepoint in her first year of college, and became pregnant from the rape. If the republicans had their way, women like my friend could be forced to carry a rapist’s child to term, or, forced to “prove” the pregnancy was the result of a rape. Life is complicated. Nothing is black and white. I am forletting a woman choose what happens to her body.
I am for funding of Planned Parenthood. It is because of Planned Parenthood that I have never been in a position to need an abortion. When I was in my teens, Planned Parenthood provided me with healthcare and birth control and education. If not for them, I likely would have ended up 16 and pregnant, like my own mother. Planned Parenthood also provided healthcare to me as an adult when I had no health insurance. Planned Parenthood is where I went to have my pregnancy test — they gave me the very happy news that I was pregnant with my daughter Cristen. Without Planned Parenthood, there would be more children in the foster care system, which would be the real tragedy.
I am for all citizens, gay and straight alike, to be able to serve openly in the military, to be able to legally marry the person of their choosing. I have two gay brothers, and many gay friends with children. I want their marriages and families to be on an equal basis with my own. I want them to have every right I have.
I am for all citizens having available healthcare. I was one of the uninsured Americans you hear about. Because of my past history with skin cancer and anxiety disorder (pre-existing conditions), I was turned away by Blue Cross, Blue Shield, Health Net and all the others. I spent 6 years without health insurance, including during my pregnancy with Evan. If I had become seriously ill or injured during that time, my family could have lost our home, our savings….lost everything. Because of Obamacare, I can no longer be denied insurance. I am FOR Obamacare.
I am for government funding of Pell Grants. Because of President Obama’s support of Pell Grants for college students, we were able to get our adult kids through college.
Though I’ve listened to him speak, watched the debates, and read articles about him, I’m still not sure what Mitt Romney stands for, but I have read the Republican party’s platform, and they stand AGAINST everything I am FOR.
On Tuesday, November 6th, because he is FOR all the things I am FOR, I will be voting for President Obama. That is my choice, and I respect your right to yours.
America is a democracy, a glorious two-party system, designed to ensure that no one party obtained too much power. The idea was that the parties would discuss differing opinions and compromise, settling on those ideas which are in the best interest of all. If we all shared what we were FOR, maybe we could find some common ground, and get this political system working again.
Please, before Tuesday, think about what you are FOR, educate yourself on the issues at hand, and please, please please…VOTE.
← Prev: A Cautionary Tale Next: My Meditation Challenge →

Lately a friend asked why I seem to have so much going on in my life at once. First let me just say that facebook...

Last week I had “one of those days.” You know the kind, where everything is going wrong and everyone is on your last...

Last night my husband Troy and I saw Cirque de Soleil Totem. This is the third time I’ve seen a Cirque show,...