“Muslims are terrorists, black guys are scary, cops are racists” and other crazy assumptions we make. 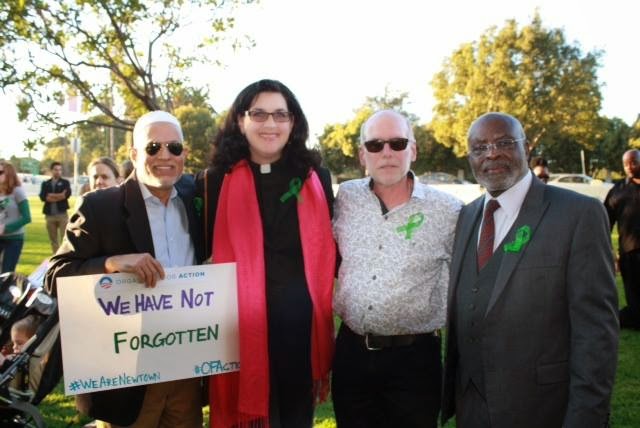 Yesterday, while watching the news unfold about the horrific hostage crisis and shooting by a madman in Sydney, Australia, I became concerned when CNN stated over and over that the shooter was a Muslim cleric. And today, with news of the massacre in Peshawar, I fear the worst. I know how we humans absorb information fed to us by media and make subconscious connections and assumptions; Muslim clerics are terrorists. Black guys are scary gang-bangers. Backwoods Southern boys are Klu Klux Klan members. Catholic priests are pedophiles. Cops are racists.
Above is a photo of Shakeel Syed, a muslim cleric, standing united with Reverend Sandie Richards, Rabbi Neil Comess-Daniels, and Reverend Louis Chase, at our one-year memorial event for Sandy Hook last year. This year, in conjunction with our coalition’s #LightLA campaign, Syed’s Muslim community held a vigil to remember all those lost to gun violence. Shakeel Syed is a Muslim cleric. Shakeel Syed is a voice for peace in our community, as are the majority of Muslims. Let that be a new association in your mind.
The judgments we make about others come from the most base part of our brains, actually termed “The Reptilian Complex” (the lizard brain). This is where fear resides. This is where the instantaneous fight or flight reaction comes from. This is the part of our brain that fears anything that is not familiar, anyone who does not look like us, speak like us, live like us. This reptilian complex is where tribalism is centered. Tribalism is what makes us wage wars, or even attack others at sporting events should they root for the opposite team.
But we are not “tribes” any more. We are no longer neanderthals. We are capable of rational thought. Through commerce, culture, and the internet, we have become a blended, interconnected world. But our human brains have not yet evolved to match the level of technology we’ve achieved.
Only by constantly challenging our own assumptions will we grow. We rise above the lizard brain only by forcing ourselves to entertain the possibility of other humans, very different from us, being just as worthy and deserving as we are.
Let’s stop assuming that all cops are racist, all priests are pedophiles and all blacks are looting, rioting hoodlums. Let’s please stop assuming that all Muslims are Taliban or ISIS terrorists. Let’s stop assuming. Period. Let’s recognize that no one comes into this world aiming to be a heartless villain. It is only a small, sick, tortured minority that becomes that. What if, instead, we awaken to the reality that we are, the majority of us, not enemies, but good people with good intention, even if we go about our lives differently?
Imagine… 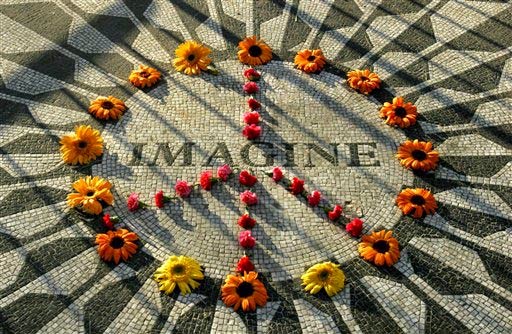 For more on the workings of the lizard brain: http://hollyedexter.blogspot.com/2012/03/lizard-brain-strikes-again.html
← Prev: A Lesson in Courage Next: Dreams are a Powerful Thing →