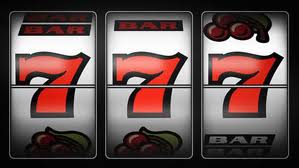 For the past few days, fear about our trial on Thursday has had me hiding under the covers, not answering the phone. I had to do something to get myself out of this negative place because fear is the WORST thing to feel when facing a huge life challenge.
I stayed up late last night watching an inspirational speech by Iyanla Vanzant (my favorite). She asked the audience, What is the deficiency in your life that you BELIEVE in? (because if you didn’t believe in it, it wouldn’t be happening).
People said different things:
I believe I’ll never lose weight
I believe I’ll never find love
I believe I’ll never have money
She said, If you believe it, you make it true.
I gave that question some serious thought and you know what I realized? I’ve always had a subconscious belief that I am unlucky- cursed, even. This is not a conscious belief, because on the surface, I always say how blessed I am to have my husband, my three healthy kids, my wonderful and loving friends. Blessed, but unlucky.
I’ve had some crazy things happen in my life – things that were very unlikely, and very unlucky.
What are the odds that my seven-year old brother would have been a victim of violent crime?
What are the odds that my house would erupt into flames in the middle of the night for no apparent reason? What are the odds that the fire department would take twenty minutes to get to the house because they couldn’t find it?
What are the odds that I’d adopt an abandoned dog and end up being sued over it?
What are the odds that my first grandchild would be abducted to another country?
Those odds are bad. I never gamble in Vegas.
Add to that, I’ve never won anything. Not a raffle, a lottery, a contest, a talent show (even though I am a professional entertainer)
And last year? I lost an UNLOSABLE trial.
So here I am, a year later, about to face the court again and yes, I’m terrified that I’ll be unlucky.
I KNOW I have to change this mindset, and change it quick.
Logically, I understand that just because I’ve never won anything, doesn’t mean I never will. Just because I’ve had unlucky things happen, doesn’t mean that’s the way my life will always be.
I’ve got to train myself to believe in good things again. Now is a good time for my luck to turn. Starting this Thursday, June the 7th(Lucky 7!) my story changes. From now on, I am going to think of myself as a luck magnet. And not only that, a justice magnet, because this after all isn’t just about luck. This is about years of hard work, three fundraising concerts, a community yard sale, an online campaign, media campaign, countless writing, countless court appearances and thousands of people all over the world who are behind us.
Starting June 7th, I write a new life-storyline — one in which all things are possible:
The judges are wowed by our attorney’s brilliant brief (and they very well should be) They overrule the lost property statute and we are declared the legal owners of Stitch. Happy tears are shed at the courthouse, hugs and cheering abound. I come home and post the happy news online and people all over the world celebrate because for once, justice has been served. For years to come, this trial is referenced as a precedent-setting case that saves other pets from the same fate.
It doesn’t sound so far-fetched, does it?
You never know. I just might get lucky.

(UPDATE! The court just rescheduled us until July 12th. I have no idea why, but I am deciding to consider this lucky, and for the best. – Hollye)