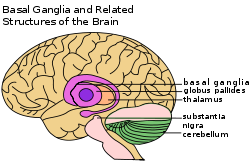 Any time you hear that opening (and unfortunately, I have) you can be assured that person is a racist. No one admits to it. Not the tea party people with their hateful signs, not the elected officials who send out racial slurs in emails and call them harmless jokes. And many of those are the same people who justify the senseless death of Trayvon Martin. “I’m not a racist, but when someone goes walking around late at night wearing a hoodie, looking suspicious…”
No matter how it is denied, racism is alive and well, and in fact, it is thriving in the lizard-brain.
Let me explain what I mean by lizard brain. The basal ganglia, termed “the Reptilian Complex” by American neuroscientist Paul Mc Lean, is the most base and simplistic part of our brain. This structure is shared by reptiles and birds, and was probably all we had before we evolved. Mc Lean theorized it was  “responsible for species typical instinctual behaviors involved in aggression, dominance, territoriality, and ritual displays”. We are all capable of operating from this lowest functioning part of our brains. We are also capable of functioning higher.
In our lizard brain, we are fearful and territorial. Advertisers know this. Media knows this. The Pharma industry knows this. Politicians know this. They push the fear button to keep us following them like zombies.
In our lizard brain, we are tribal. We attack people at sporting events. We fear people of other races, religions, socioeconomic standing. We move away to gated societies to keep “the others” out.

In the military, they train soldiers to kill by making the enemy subhuman – “the other”…the “one you should fear”. It’s how Hitler was able to convince German citizens to look the other way while he committed genocide.
The vitriolic right-wing has done a bang-up job of making our President “the other” – “the one you should fear”. They appeal to uneducated, unworldly people, and go straight for the lizard brain. He is a Muslim. He is a Kenyan. His birth certificate is fake. He pals around with terrorists. I mean, really, when has any other president been subjected to such nonsense? Being called a LIAR in Congress? Having a congresswoman angrily point a finger in your face?
Let’s call it what it is. He is BLACK. And the vitriolic right wingers are sending the message: Watch out white people, for President Obama is “the other”. Its this kind of racism, directed even toward our President- the most powerful leader in the free world– that filters down to a young kid like Trayvon, walking home with some Skittles in his pocket.
Its no wonder that citizens who watch FEAR news all day long are feeling threatened. Their lizard brains are conditioned to fear the other, to protect themselves. I wonder what cable news Zimmerman follows. I think I can make an educated guess…
The only way to free ourselves from this hateful way of being, the only way to stop more innocent children from being senselessly shot down in the street, is to evolve. We must open our minds and listen. We must educate ourselves and others, to move our thinking to a higher place.
The next time you get one of those hateful, bigoted emails from your weird uncle, just remember, he’s coming from his lizard brain. The best thing we can do for Lizard-brain is not to engage with him or get angry (that’s where lizard brain thrives) but instead to expose him to something different (beauty, culture, love) that can only be processed in a different part of his brain.
When he makes a hateful post on your facebook page, post a picture like this on his: 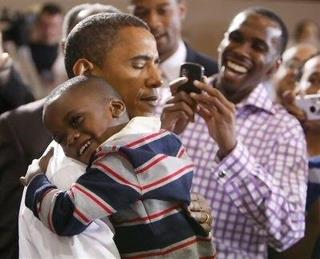