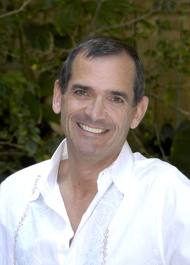 In the new book Amy Ferris and I co-edited, Dancing at the Shame Prom, twenty seven brave women share deeply personal stories of a shame that held them back, and how they became empowered by letting it go. This book is only the beginning of an ongoing movement. We plan to continue this conversation in workshops around the world (Woodstock NY this October, San Miguel, Mexico Feb 2013, Costa Rica, June, 2013) Amy and I plan to drag shame out of the closet and eradicate it from the planet. In order to do that, we need to bring men into the conversation.  In the next few months, we’ll be featuring a series of interviews with some very interesting men.

Below is my interview with Sean Strub, filmmaker, author, activist, founder of POZ magazine ( for the HIV positive community) and Mamm magazine (for women impacted by breast and gynecological cancers). Sean’s accomplishments are too many to list here,  so I included his bio at the bottom. Here are his thoughts.

Can you tell us a little bit about your life path, and what led you to it?

I grew up Catholic in Iowa, influenced by the social justice tradition in the church, as well as civic-minded feminists on my paper route, and became an activist at early age, protesting the Vietnam War, advocating feminism and progressive causes and, eventually, LGBT rights.  Most of my adult life I’ve been engaged in the HIV/AIDS epidemic; I acquired HIV around 1980, when I was 22.

How do you, personally, define the word shame?
Shame is a secret we carry that hurts oneself more than it hurts others.  Shame doesn’t exist on its own; it is a symptom of the mind’s management of trauma.

Women seem to carry shame, and let it make them small in the world. Do you think men process or carry shame differently than women?
I’m not very good about generalizing differences between men and women, but I think there are many different ways people carry shame, or how it gets expressed in their life.  How shame is managed is important, so I suspect there are lessons to be learned from all genders.
In your experience, how does shame affect the men in our society?
Traditional constructs of masculinity, whether expressed by a men, women, trans or intersexed persons, carry expectations about what constitutes shame.  It seems that at times the most acceptable masculine emotion is around anger, dominance or violence; these are outward expressions of a deeper inner pain that has often (and destructively) been repressed by expected masculine norms.

The women who wrote for Dancing at the Shame Prom are role models and leaders in society. Many of them became successful either in spite of, or because of, the shame they carried. In other words, they were able to turn poison into medicine. Has Shame played a role in your own life, and in setting you on your life path?
Enormously so.  My entire life has been a struggle over my physical corpus, my body, and how it was violated as a child. The traumas I experienced (namely, but not entirely, physical and sexual abuse) were more defining to my character, life and accomplishments than anything else.  Whether it is about sexual freedoms, reproductive choice, combating a virus, shaking off Catholicism, they all ultimately boil down to who is in charge here, who is making the decisions that so profoundly affect my body.   My lifelong commitment to social justice activism was shaped to a large degree by traumas, and this sense of a lack of control over my body, that I experienced as a child.  Trauma, whether it is from physical, psychological or sexual abuse at the hands of another, or whether it is from an incident or life transition, like the loss of a loved one, divorce, serious accident or even loss of a job or relationship, is shame’s evil twin. Where there is one, if you dig deep enough, you’ll usually find the other.
Can shame ever be a good thing?
Per my previous answer, I would turn it around and ask can trauma ever be a good thing?  One of the most wonderful aspects of being is our remarkable ability to learn from every kind of experience in life and, if we’re looking for it, we can usually make sure some of the things we learn are good things.  So shame isn’t something I would recommend, nor would I recommend trauma, but they are both parts of every life.  I don’t think anyone exits this mortal coil without having experienced them to some degree.  How we react to and handle them is what is important.

We can also impose shame on ourselves, in reaction to specific acts or attitudes, but even those are typically underlain by traumas that make our minds work the way they work, which makes us do the things we do.
What is on your personal “dream-agenda” for the future?
Recognizing greed as a disease that should be treated as a mental health condition.  Requiring all students to be continuously enrolled from K through 12 in ethics, civics, art, music, nutrition and sustainable gardening classes.
Amy Ferris and I thank you so much for participating, Sean, for your thoughtful answers, and mostly for the work you do in the world.

Take a few minutes to watch Sean’s short film, HIV Is Not a Crime.
See seroproject.com for more info on Sean’s work.

Sean’s BIO:
Sean Strub is well known as an activist, writer and entrepreneur. Sean has founded many successful fundraising, publishing and marketing organizations, virtually all in support of progressive social change efforts. He founded POZ in 1994. Strub’s companies have also launched POZ en Español, Mamm (for women impacted by breast and gynecological cancers) and Milford Magazine (a regional title distributed in the Delaware River Highlands area of northeast Pennsylvania).

Sean’s involvement in the social responsibility and ethical investment movements dates to the early 1980’s, when he worked with Alumni Against Apartheid and the Harvard Endowment for Divestiture through his direct marketing firm which specialized in social change and mass marketed fundraising techniques. Direct mail campaigns created by Sean have been labeled “slick” by The Wall Street Journal, “highly sophisticated” by The New York Times, and “inventive and unusual” by Business Week.

Strub has also produced theatre and large-scale fundraising events. In 1992, at the Perry Street Theatre in New York, he debuted his production of The Night Larry Kramer Kissed Me, written by and starring David Drake. The Obie Award-winning hit became one of the longest running one-person Off-Broadway shows ever.

In 1990, Strub was a Democratic candidate for the US Congress from New York’s 22nd congressional district, running as an openly (but incidentally) gay/HIV+ man. He was defeated by a former member of Congress by fewer than 600 votes.

He has received numerous awards and honors from AIDS organizations, community and professional groups, including the 1995 AIDS Action Foundation’s National Leadership Award, the 1996 Cielo Latino Companero award from the Latino Commission on AIDS and Los Angeles-based Being Alive’s Spirit of Hope award in 1997.

The 5 Things I Gained From Losing Everything…

(This story was posted on "Maria Shriver's Architects of Change."  It is excerpted from my new memoir "Fire...

What I’m Giving Up

When I feel stuck in life, sometimes the simple act of letting go of old things, cleaning out a desk drawer, my...

You Gotta Have Girlfriends

I just had the pleasure (and I truly mean pleasure) of reading a pre-publication copy of  Suzanne Braun Levine's...