How I lost Everything, and Why I’m Grateful 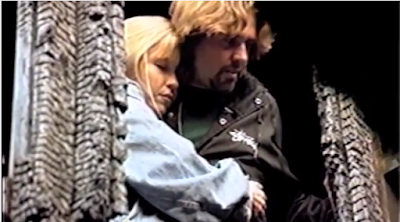 Love is a lot like fire. A small flame will be extinguished with the slightest puff of air, but put wind to wildfire, and watch what happens. In my experience, tragedy was the wind- the small wind that killed every small flame, the Santa Anas that caused love to erupt in furious glory. This is a story about fire, and passion, and total devastation, and love.
On the morning of November 18th, 1994, mine was the happy family who seemingly had it all; a strong marriage, two kids (one girl, one boy), a gaggle of adopted rescue pets. My husband Troy and I each had our own businesses that we ran from the large home we were renting. We volunteered at our kids’ schools and in our communities, threw fabulous parties, took business trips, had lots of friends and a busy social life.
But that night, we went to bed in a burning house. A freak electrical short would begin smoldering in the walls as we slept, erupting into hellfire in the middle of the night. The fire pressed us up against the windows, gasping for air, our skin burning. We were forced to jump from second story ledges with our four-year old son, onto the cement below. (Our daughter, thankfully, was at a sleepover). The inferno raged, windows blowing out, our animals trapped inside, as we stood at the side of the road, helpless, sobbing, unable to get past the walls of flames to save them. Troy put his arm around me, wiped the tears from my face and said, “God’s got them now…and we will come back stronger.” I wanted to believe him, with everything in me I wanted to believe. But just the night before, I’d had a horrible, vivid dream that we would lose everything. Little did I know, fire was only the beginning.
We were released from the hospital the next day, November 19th,  injured, homeless, jobless. We had not a single possession. Our lives were a blank canvas, at once terrifying and liberating.
We thought we had lost it all that night; our five beloved pets, our memories, our accomplishments, both our jobs, and our home- (with no renter’s insurance). But in the coming year, we would suffer much greater loss that no insurance policy could have protected us from: the betrayal by friends, the loss of faith and trust, and perhaps the hardest to endure – the loss of self.
Until that night in November, I was the strong, independent woman who owned a national business, volunteered for my kids’ school, flew to New York every season to sell my clothing line, was the Daisy Scout leader, and singing at gigs on weekends. I was also the woman who had been carrying a secret all her life. Standing toe to toe with Death awakened me. I could no longer hide from the truth of my own life. First I would have to unravel completely to find out who I was, what I was made of. Everything I once felt certain of would be shaken loose like soil from the roots of an upturned tree, leaving me raw, exposed. Eventually I would have to find a new way to take root within myself.

While busying myself with so-called important things, I had managed to outrun my past for a long time. But with all my distractions burned away, all that was left was the real me- the girl whose father was in prison, whose mother worked nights in a bar and had to use food stamps to buy groceries. The truth was that I had been born to two teenaged rebels – that my conception was a terrible mistake my grandfather had tried to end. My real name and birth certificate were hidden. I was told by my mother to never tell anyone who I really was, who my father was, where I came from. I obeyed.

It is one block from the fire station.


← Prev: 5 SIMPLE RULES OF HAPPINESS Next: How to Have Happy Holidays Without Money. →