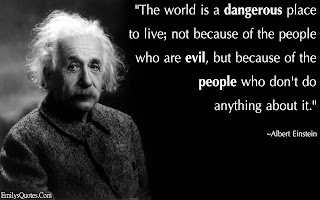 Last night, I took my ten-year-old son to see the PG-13 rated movie The Martian. We had just been reading the book, and were thrilled to see something so full of science and math and innovation come to the big screen. We put on our 3D glasses, snuggled into our plush recliner seats with popcorn and got ready for a fun ride. Instead, I was horrified as my child was subjected to the blood-soaked previews of three movies that were nothing but guns, guns, guns—and all of them to be released on Christmas Day. And why is it that the studios will release these bloody films on Christmas Day? Because they’ve done the research. They know that even though we scream and yell at Congress with outrage after every mass shooting, school shooting and theater shooting, moviegoers will still pay big bucks to sit in a theater and accept this gory violence as holiday entertainment, right after having slipped “Call of Duty” and “Grand Theft Auto” into their kids’ stockings.

Hollywood gets no pass here, either. While major studios have weighed in on war and politics and racism and every other societal ill, they continually perpetuate and glorify gun violence and vigilantism, even while their fans are gunned down in theaters. But are we boycotting? No. They dish it out and we keep on buying it.
I am an activist. I have had four incidences of gun violence affect my life. My little brother, at seven years old, was shot in the head by a troubled teenager down the street, and has had to live with the fallout of traumatic brain injury and PTSD. My best friend was shot five times by the father of her children, and lives with a body full of shrapnel. At fourteen years old, I witnessed my neighbor commit suicide by gun right in front of my house. Two years ago, my husband’s childhood best friend, a police officer, was shot and killed in the line of duty, along with his partner, by a maniac wielding an assault rifle. I do not live in a third world country. I didn’t grow up in Afghanistan or Somalia. I grew up in the very suburban San Fernando Valley in California. But I am not sheltered. I don’t have the luxury of thinking that gun violence is something that happens to other people. I know it can happen to any one at any time, and I don’t want it to happen to you.
After every shooting, I watch the news, the talking heads, the politicians who make their media appearances and send their “thoughts and prayers” tweets out, and still nothing gets done because we all sit comfy in our homes, pointing the finger of blame at them. But while we are pointing our fingers at Congress, there are three fingers pointing back at ourselves. If we were so upset about Sandy Hook, why didn’t we show up at the polls to vote out those NRA-backed politicians? Last year our voter turnout for midterm elections was the lowest in seventy years, and most of those who showed up to vote were conservatives who favor gun rights. As a result, we got more NRA-backed politicians voted in to office.
Every week, my friends post articles and memes decrying the horrors of American gun violence. In response, I post simple things they can do to prevent gun violence,  like signing a petition or making a 1-minute call to Congress. But these action posts get little to no comments, very few clicks, and almost no shares. The truth is that as 33,000 people are dying every year from gun violence, very few Americans take any action at all.
We’ve gotten lazy, America. If Martin Luther King were alive during this generation, and the civil rights movement were happening right now, would you show up to march, or would you just “like” his facebook call to action, repost a few memes, express your outrage about racism in a tweet or facebook post, and call it activism? Congress didn’t make change happen during the Civil Rights Movement. The people did. Where are the people today?
For far too long, the work of gun violence prevention has been on the shoulders of the grieving parents of murdered children, and those who have survived being shot. This is not their issue alone. This is not an inner city issue. It’s not a racial issue or a gang-related issue. Gun violence is an American issue, and if it hasn’t touched you directly yet, unless we do something about it, it soon will.
Brave New Films recently did a PSA pointing out that between 2001 and 2013, over 400,000 people have been killed due to gun violence. That’s equivalent to ten terrorist attacks EVERY YEAR. It’s more than one hundred thirty-five 9/11’s. We are at war with ourselves, and we are far more deadly than any terrorist. See video here:  https://www.facebook.com/bravenewfilms/videos/10153051431607016/
Are we okay with this? Are we going to accept this as “just the price we pay for our 2nd amendment rights”?
Albert Einstein said it himself: “The world is a dangerous place to live; not because of the people who are evil, but because of the people who refuse to do anything about it.”
TAKE ACTION:
Here are three simple actions you can take right now to help prevent gun violence. You can click on one, or just keep scrolling. It’s up to you.
Sign up here for a weekly email of three things you can do to prevent gun violence: http://wagv.org/get-involved/
Join a gun violence prevention group in your state. Find one here: http://www.ceasefireusa.org/page/join-state-affiliate
Make sure your House Rep supports Universal Background Checks on all gun sales! HR 3411 expands background checks on all gun sales and stops criminals from getting guns online or at gun shows. The list of co-sponsors for HR 3411 is here: http://ow.ly/T8rWC . If your Representative is on the list, thank them. If not, remind them that 90% of Americans support expanding background checks – and if they don’t represent the people by supporting this bill, they don’t get your vote.
Thank you for doing your part to change the culture of gun violence.
← Prev: Why I Turned to Planned Parenthood Next: Uncle Dan →