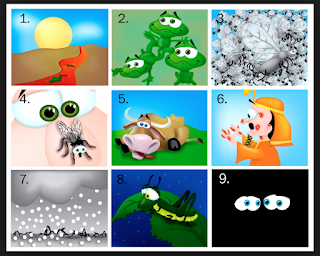 It’s Good Friday today, although I seriously doubt Jesus would have called it that. Talk about a bad day. With Passover and Easter upon us, I thought I’d share my own tale of the seven plagues. Or is it ten? I don’t know. I just know that recently Troy and I seemed to have experienced a few of them.