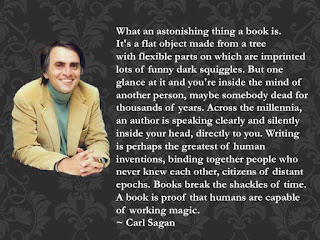 “A book is proof that humans are capable of working magic.” – Carl Sagan

Books are what have saved me through out my life. During my tumultuous childhood they were my escape.  In my darkest times, they’ve guided me. When I was lost, mentors appeared in the form of authors.

I never imagined I would be one of those voices,  never thought my ideas or stories would be of interest to anyone but me. But now I know that every human being has a rich and important story that needs to be shared, and that through sharing our truth, we liberate each other. This is the goal Amy and I have with Dancing at the Shame Prom– that every person who reads it will walk away feeling lighter, feeling connected to others, and less alone in the world.

When I began writing decades ago, it was purely therapeutic. I never intended to publish or share with anyone. Eventually I was nudged by friends, teachers, and my husband to put my work out into the world. There have been countless times during my writing years where I felt my work was pointless.But in the past month, I’ve had a couple experiences that have shown me how important it is for me, and for all of us, to share our stories.

In January I received a letter from a gentleman in Saudi Arabia referring to a story I wrote in The Power of Positive. The story is about Evan, then four years old, who taught me the importance of perseverance. This gentleman, Hamsa, who has a daughter the same age as Evan, was so inspired by the story, he translated it into Arabic and emailed it to all his friends. This is one of the reasons I like to write for the Chicken Soup series. First, they are a group of positive, kind people, and with their incredible circulation, an un-famous author like me can connect with people all over the world that I wouldn’t normally reach.

The second nod from the universe came when I attended my first gun regulation meeting with Moms Demand Action. The L.A. Chapter leader got up and introduced herself, and then told us that she’d been faced with so many challenges in trying to start the L.A. group  she was going to quit. But then she said she’d read my blog A Single Bullet, and knew she had to keep going.  I had no idea she’d read my blog. I’d never even met her before.

This is the magic that Carl Sagan spoke of. That one person’s story could give another the hope they need to push on. That in spite of thousands of miles and oceans and the cultural differences that divide us, a writer in Los Angeles can find common ground with a father in Saudi Arabia through a series of funny dark squiggles on paper.

A few weeks ago, I was at the San Miguel Writer’s Conference, where Amy and I moderated the Women Write Their Lives panel, encouraging others to write their truth. Truth resonates…and as each woman on our panel spoke hers, you could see people in the audience with tears in their eyes. They needed to hear these women’s stories, and we need to hear theirs.

Our stories connect us at the most human place. Your stories, my stories, every story matters. You don’t have to be a writer to share your stories, but please share them. Tell them, sing them, paint them, pass them down. You never have any idea how another person might be transformed by your truth.

So go on – put some funny dark squiggles on paper. Work some magic….

← Prev: When The Police are Outgunned, No One Is Safe Next: Update on the Stitch Case →