For Boys and Girls Standing on Ledges 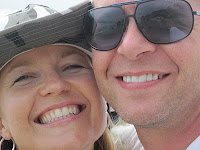 (Dedicated to my brother Ted. I love you!)

This month we’ve lost too many young people to suicide. They have surrendered their lives over simple acts of cruelty. My stomach is churning over this, not only because of the tragedy itself, but because my brother who I love so much is distraught over it. He too was bullied as a teen, simply for being who he was, a young gay man. I can’t for the life of me understand this form of bigotry, and can only surmise that it’s ignorance at its most elevated form, because if you knew my brother Ted, or my youngest brother Caleb, or my best friends Erin and Beth and their son Ben, or Julie and Mary and their daughter Sarah, or Tobias and Michael whose marriage has lasted longer than most straight couples I know, or Richard and Nico, or Michelle and Cary or Christina and Iliana …I could go on and on, there is no way you could feel that fear or hate. These are some of the most loving, giving, family-oriented people I’ve ever known.

But oh…we lowly humans, it is our caveman nature to fear what we don’t understand, and to hate what we fear. Fear spreads the hate that drives people to ledges.

And it’s not just gays. The bullying spans to anyone who is different from the herd. Too many teenage girls, too many young boys are gone now, victims of bullying. Thankfully there has been a real public outcry over these tragedies as we are all moved by these senseless losses. But some of us are more than moved, we are rocked to our cores, because we were those boys and girls standing on ledges who lived to tell the tale.

I was once one of those girls. More than once, actually. I think for some of us, we grew up with a feeling that we weren’t supposed to be here. When we began to believe, or were told, that something was defective in us, it started a hairline fracture right through the foundation of who we were. We could spend our lives trying to belong but all it takes is one act of cruelty to break us wide open. Those of us with the defective foundations…we’re like the weak gazelle in the herd. Easy prey for hateful people, because we accept the hatred they project onto us. We believe in it, even feel we deserve it. I was lucky. There was always one random person who showed up and lifted me back to my feet with love and kindness. That’s what saved me.

But when you’re young, you don’t yet know that this is only a chapter. You can’t imagine all the beauty that lies ahead, how strong you will be one day. You don’t yet understand that the hate directed at you is only a bully’s own self-hatred projected outward, that it really has nothing to do with you.

This is a crazy time in the world. It feels like the planets are spinning out of control and all we can do is hold on. Bigotry and racism, political rage, road rage and just plain rage are all on the rise. We are losing control, and so we get crazy with fear. Fear is what makes us hateful and cruel and destructive. FEAR is what destroys our souls. We have to rise above this, and teach our young people to do the same.

Where to begin? We can’t change others, but we can change ourselves. Starting with myself, I will be a voice of tolerance. And in my own heart, I vow to replace fear with love.

Like my friend Amy Ferris who gave a beautiful speech about tolerance in her town this weekend, we can all speak up in our own ways. If you can’t stand up and give a speech, then just stand for love in your own home. Sometimes it’s the smallest things that matter. Reach out, make a phone call, offer a smile, do something kind for someone today. You never know – your hand reaching out could be the one that just pulled someone in from a ledge.

It’s not so far fetched. It could be a reality.

The word is LOVE.

← Prev: This Blog is Half True (except for the end part) Next: Hey Jealousy- Part Deux →

“Muslims are terrorists, black guys are scary, cops are racists” and other crazy assumptions we make.

Yesterday, while watching the news unfold about the horrific hostage crisis and shooting by a madman in Sydney,...

When I started the seventh grade all the other kids seemed to tower over me in the halls. The girls had women’s...