Today’s guest post comes from literary agent and author Andy Ross. Andy’s e-book Ask The Agent: Night Thoughts on Writing is a must-read for writers at any stage in their careers. Andy inspires me because, first, he is a devoted father and husband, and second, he is a person who stands firm in his beliefs. As the owner of Cody’s bookstore in Berkley, (a legendary store that has hosted the likes of President Clinton and Al Gore) Andy refused to stop selling Salman Rushdie’s “The Satanic Verses” even in the face of death threats. Subsequently, his store was bombed. And he still continued to sell the book. I mean, seriously, how bad-ass is that? When you were a child, what did you want to be when you grew up?
Hollye, first of all, thank you for inviting me on your blog. My first memory as a child was that I wanted to be a fireman. I was inspired by a not very original present from my parents, a plastic fire hat. As I grew older, I became more sophisticated. I decided to be a policeman. At some point, probably around the age of 12, I made a much less thoughtful decision to become a lawyer.
Is your lifepath today relevant to your childhood dreams?
No, not really. I was committed to being a lawyer. I even went to law school for a year at the University of Michigan. But I saw the error of my ways early on.
How did you get the courage to pursue the career you’re in today?
I wrote about this in my blog: “Ask the Agent.”  I would have to say it was done through a series of impetuous decisions and superficial thought. I had been studying European history at the University of Oregon. Somehow a number of trivial events having to do with things like the weather, girls, the counter culture and – well, yes – reading habits led me away from academics and into the book business. But I was lucky, I guess. I’ve been in the book business now for 42 years, first as a bookseller, then as a literary agent. I don’t think I would have been happy doing anything else.
What was the highest moment of your career so far? 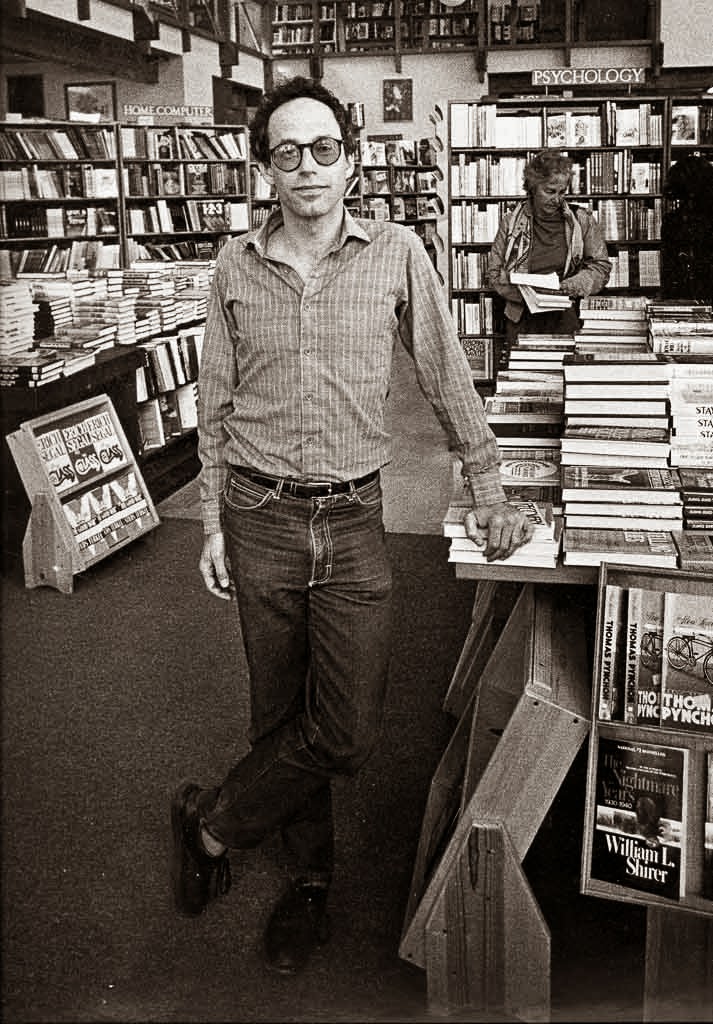 For me, that’s an easy answer. For 30 years, I was the owner of Cody’s Books, a sort of iconic book store on Telegraph Avenue in Berkeley three blocks from the University of California. Cody’s always seemed to be a magnet for dramas relating to the culture wars. In the 60s before I owned it, Cody’s was associated with the Berkeley anti-war movement, much of which was going on right outside our front door.

In 1989, Penguin Books published Salman Rushdie’s The Satanic Verses. The Ayatollah Khomeini, Iran’s supreme leader,  issued a fatwa, a religious edict that encouraged believers to kill Rushdie.  A week later, a firebomb was thrown through the window of the store. The next day, while we were cleaning up, we found an undetonated pipe bomb rolling around the poetry section. The bomb was too dangerous to remove, so we had to evacuate the store. As we stood across the street, the bomb squad blew up the device while we watched the building shake. Arguably, this was the first incident of Islamic terrorism in the United States. Moments later we all returned to the store. The big question was whether we would continue carrying the book. To do so could be life threatening. I’m proud to say the staff voted unanimously to keep carrying it.
These days it’s fashionable to talk a lot about freedom of speech. The Supreme Court seems to think that the essence of free speech is unlimited political contributions by corporations. I think what the Cody’s staff did was maybe a little purer than that, and the stakes were significantly higher.  They really did risk their lives for something greater than themselves.
What was the lowest moment, and what did you learn from it?
Again, that’s an easy answer. The worst moment was probably the last moment. By 2006, Cody’s was suffering from the structural changes that were transforming retail bookselling. Part of it was the growth of on-line booksellers. Part of it was the tendency in the book business to focus on more media driven subjects and blockbuster best sellers. That just didn’t fit into Cody’s mission. I finally had to sell the store. The day after I left, the new manager, whom I had selected, called me and told me that I couldn’t speak to any of the store’s employees, that I was effectively banned from the store. And, by the way,  they weren’t going to issue me a last payroll check. So ended my 35 years as a bookseller. Not to make too fine a point, it was not a happy moment.  To their credit, they realized that they had done the wrong thing. We worked it all out.
From this,  I learned the virtue of forgiveness. And I think the people at Cody’s learned it as well. As Shakespeare has said; “It blesseth him who gives and him who takes.’
Where do you see yourself in ten years?
I’ll still be a literary agent. I’m having too much fun to do anything else.
What’s still at the top of your bucket list, and how will you make it happen?
I wouldn’t mind representing a best selling book. How to make it happen?  All I can say is that in the book business, sometimes it’s better to be lucky than smart. Although it’s best to be both.
← Prev: The 5 Things I Gained From Losing Everything... Next: "My Writing Process" Blog Tour →

Follow Your Bliss is a new series of interview blogs I'll be posting about people who inspire me. These are...