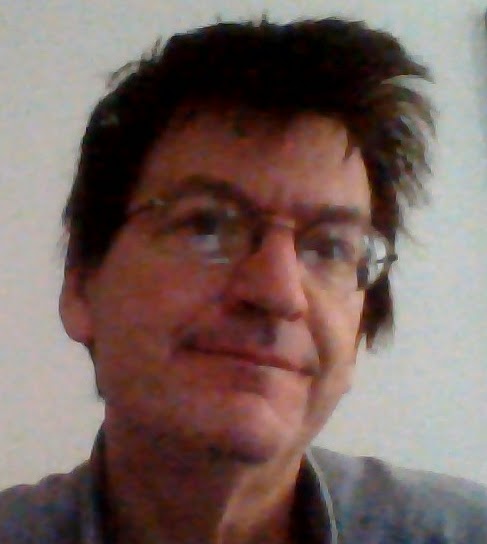 Alex Stein is a person who inspires me because, in addition to being an author, he became interested in the Alaskan Iditarod and decided that some how, some way, he was going to make a film about it. He’s not Alaskan, and knew nothing about mush dogs but he just did it anyway. Seriously, how awesome is that?  Also, Alex hosts MUSE, a fabulous weekly writer’s showcase in Los Angeles. And finally, he wins the ultimate mensch award for filming our No More Silence event, commemorating the one-year anniversary of the Sandy Hook shooting. He showed up with less than 24 hours notice, filmed all day and night, and then took off to host a showcase at Muse. He then spent days editing and gifted us with this beautiful video (which includes a performance by Jackson Browne) What a guy…

When you were a child, what did you want to be when you grew up?

When I was a kid, I wanted to be a writer because I heard that writers didn’t have to wear ties.  And I couldn’t think of anything worse than having to get up and wear a tie every working day for the rest of my life.
Is your lifepath today relevant to your childhood dreams?
The short answer is: Yes.
The longer answer is that, while I don’t consider myself a role model for success or productivity, I’ve learned a lot about both (especially in the past few years).  I’ve also spent a lot of time honing my craft and developing my creative muscles.
These days, everything I do revolves around telling stories.
When I was a kid, I thought writing was all about inspiration and capturing feelings.  I’ve come to realize that having that initial burst of inspiration is important, but there is a lot more involved in being a writer (or any type of creative artist).  And I’ve learned that there can be as much joy in researching, organizing, learning structure, and rewriting as there can be in that initial burst of inspiration.
I’ve also learned that putting words onto paper (or into a computer) isn’t the only way of telling a story.  And other methods (such as filmmaking and live performances) can be just as satisfying.
Ultimately, what interests me is learning about different things, then finding or figuring out the best ways to organize that information and present it in the most effective and powerful way.
How did you get the courage and wherewithal to pursue the filmmaking/writing career you’re in today?
When I was in my 20s, I thought of creativity and success as being a strictly linear path that led to a specific destination.  It’s only recently that I realized that creating things is almost never simple and linear – and being on a creative path is the reward.  Everything else that happens is gravy.
I spent a long time when I was younger trying to chase after and create the same things millions of other people were chasing after and creating.  And to do that, I had to ignore and suppress the fact that I have a different and unique approach to things.  When I finally embraced the different way I view things and stopped trying to be like everyone else, things began to work in ways they never had before.
And even though that hasn’t automatically resulted in immediate success and financial rewards beyond my wildest dreams, it’s made the creative work I’m doing much stronger and made the act of creating things much less stressful.
What was the highest moment of your career so far?
I’m going to cheat and give you two because they’re both important.
My best public moment was having my Iditarod documentary MUSH (www.mushthemovie.com) premiere at the Anchorage International Film Festival (in a large, full theater).
I’d had the idea of making this movie for years (and assumed that focusing on the culture of the Iditarod was such an obvious idea for a movie that someone else must already be doing it), but finally just figured out a way to go up there and capture the elements I knew I’d need. 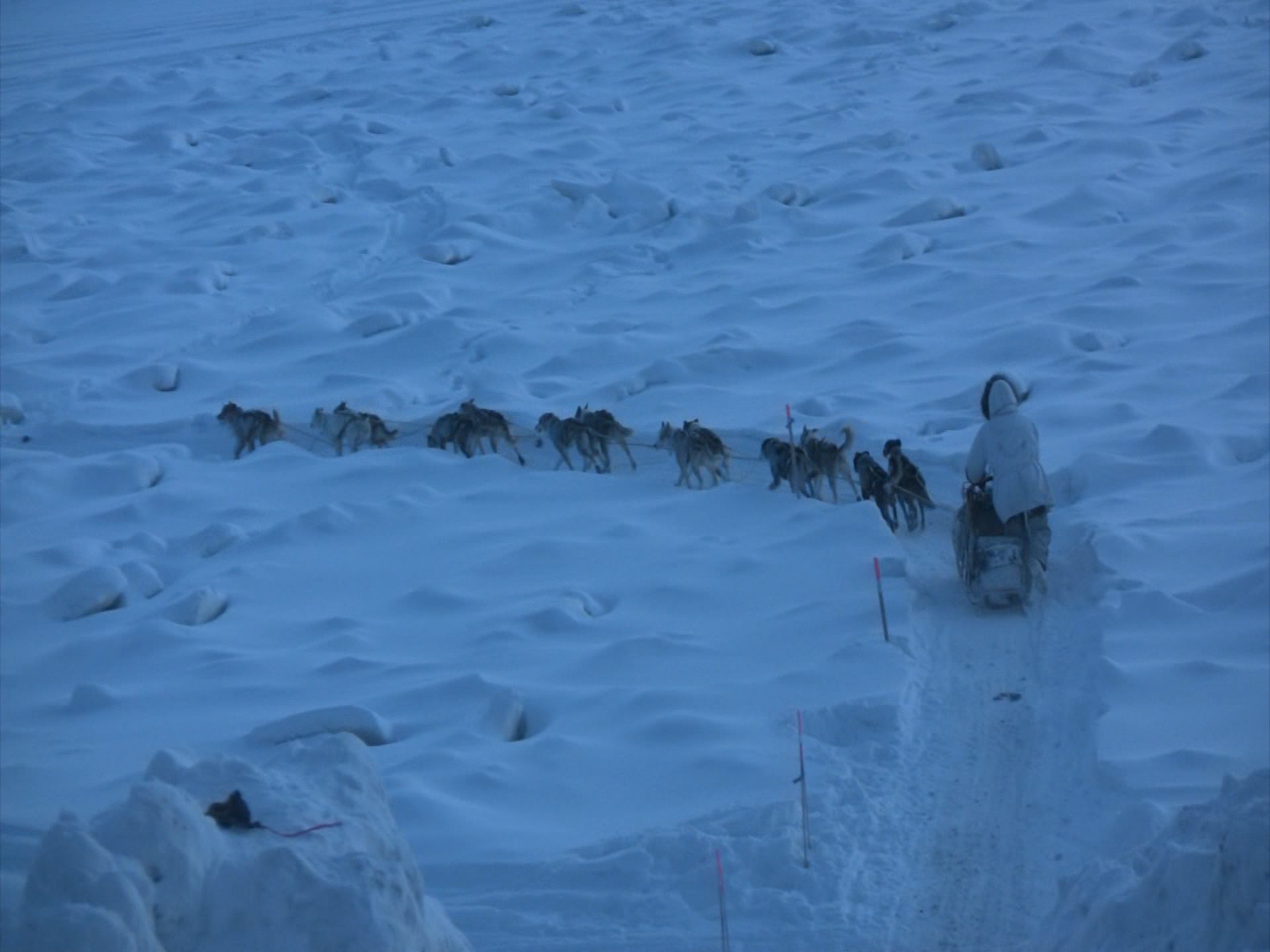 For years, this movie just existed in my mind.  Then after a long time planning and months of refining, rearranging, and editing, I was able to move the idea out of my mind and share it on a big screen with a group of Alaskans, including many mushers.
For several days afterwards, people came up to me on the streets and in coffee shops to tell me how much they enjoyed the movie, which made me feel like a rock star.  And I kept getting the best compliment I could imagine when people told me they couldn’t believe that a non-Alaskan managed to capture the essence of an event that was so distinctly Alaskan.
The second one involves a personal essay I wrote called “I Used Graham Parker for Evil (Not for Good)” which appears in my book No, Mr. Bond, I Expect Your Dreams to Die.
For the first few months when I was telling stories live on stage, the stories I told were all clever, funny, and not very personal.  But I soon realized I wanted to do something deeper and more personal.  So I wrote this story, which involves obsession, an album by British singer/songwriter Graham Parker, and an ill-fated college romance.  And I was terrified to tell people the story – partly because it was very personal and partly because it doesn’t show the 20-year-old version of me in a great light.  But when I started telling the story, something amazing happened.  People would come up after and tell me their experiences (and many said they’d never had the courage to talk to anyone about these experiences before).  It was gratifying and overwhelming to think that something that had meant something specific to me could then go out in the world and mean something different (and very powerful) to someone else.  Which was part of the point of the essay — only in that case it was about how a specific piece of art (a Graham Parker record) came to represent something different and very powerful to me.
Years later, I recorded this piece as part of a radio pilot and my friend Dylan Brody sent the recording to Graham Parker.  A few days later, Graham Parker sent me an email saying he was both honored and a little creeped out, but enjoyed the story a lot.  To have created something that made a good impression on someone whose creative work has made such a huge impression on my life is extremely gratifying.
What was the lowest moment, and what did you learn from it?
To be honest, it was hard to pick one moment.
I’ve had a lot of setbacks that all seem very similar when I look back on them.  I’ve had a bunch of jobs (such as working as a development executive, writing for a cable channel show) that weren’t what I really wanted to do and then I felt devastated when they ended.
Looking back, I realized that these jobs were all slowly making me miserable and I made myself more miserable by trying to convince myself the jobs weren’t that bad.  When I stopped thinking like that and moved more towards things I wanted to do and things that I was passionate about, it always felt better.
My takeaway from these experiences is not to let the devastation overwhelm me and not to become nostalgic for worsening situations that drain instead of energize me.

Where do you see yourself in ten years?

I still want to be learning new things, traveling, meeting interesting people, and telling stories.
I don’t know what form that will take, though.
And I’d love for my life to be less financially stressful… but that may not happen.
What’s still at the top of your bucket list, and how will you make it happen?
I’m planning to follow the back of the Iditarod pack on a snowmachine (note: “snowmachine” is the Alaskan term for what those outside Alaska call a “snowmobile”) and do another documentary about the back-of-the-packers and the villagers along the Iditarod trail.  The more time I’ve spent around mushers and the Iditarod, the more I’ve realized that the best stories are the ones you rarely hear, the ones told by the people who know they’ll never win the race, but are driven by a passion and joy just to run the race and try to reach the finish line.
I’ll be launching a crowdfunding campaign in a few months to raise enough money to do that… and hope to be out on the trail in 2015.

← Prev: "My Writing Process" Blog Tour Next: Rosemary Butler - The Girl Who Fell In Love With The World →

Follow Your Bliss is a new series of interview blogs I'll be posting about people who inspire me. These are...