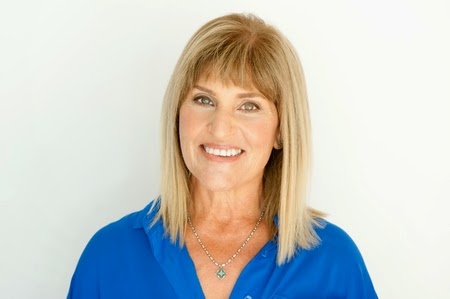 Amy Friedman has been a journalist, author, teacher, workshop leader and activist–always fighting for the underdog. She is also the muse who inspired me to write my most recent book, Wind To Wildfire. I’m inspired by Amy because she has been relentless in pursuing the things that really matter to her, whether that be her art or her activism. I was especially moved by her diligence in getting her book “Desperado’s Wife” out into the world. Though told by agents and publishers that no one would ever want to read about a woman who marries a prisoner, she proved them wrong by publishing her book, and then immediately being invited to appear on the Katie Couric show. Shortly after, she launched her nonprofit POPS, for family members of those who are in prison.

When you were a child, what did you want to be when you grew up?
I don’t remember ever wanting to be anything but a writer—well, okay, maybe for a while I thought about becoming a wandering surfer or a professional tennis player –but being a writer was at the center of my dreams from age 12 onward, after I wrote my first short story, one inspired by my grandmother who suffered with mental illness. People talked about her, and I wanted her to have a voice, so the story I wrote was what I convinced myself she must have wanted the world to hear.
Is your lifepath today relevant to your childhood dreams?
Almost thoroughly, yes, but of course there have been long periods when I felt lost. It’s only with a retrospective glance that I see how that first short story I wrote encompasses almost everything I do to this day. In all the memoirs, stories, essays and novels I write, in the ghostwriting I do, in my teaching and in the creation of POPS (Pain of the Prison System) for kids whose lives are touched by prison—my path seems to be to help give voice to the voiceless, language to the silences. That’s why I love the Emile Zola line: “If you ask me what I came to do in this world, I, an artist, will answer you: I am here to live out loud.”
How did you get the courage to pursue the writing career you’re in today?
Honestly, I think it’s less courage than it is rebellion and stubbornness. Since I don’t know how to do anything much else but write and teach writing (and boogie board and play tennis), I find myself here, doing this writing thing—though occasionally I still daydream about becoming a wandering surfer…
What was the highest moment of your career so far?
Most of my highs are those moments when I somehow find the words to say what has been swirling in heart and mind and soul, but perhaps the most recent high was finishing (after 10 years and 30 drafts) Desperado’s Wife and having an opportunity to talk about it on national television (a nerve wracking high). But if I have to pick one thing, probably the highest moment of my career so far was becoming a syndicated writer in 1992 for one of the two columns I started writing in Kingston, Ontario—but writing a regular column is, I think, what truly made me a writer.
What was the lowest moment, and what did you learn from it?
Probably the lowest moment (that I recall) was when I finally realized if I wanted Desperado’s Wife to be out in the world, I had to take it out myself. For a while I was just sad, jealous and broke. But for the thousandth time I learned that it’s never acceptance that gives me the deepest satisfaction, and that rejection, icky as it feels for a while, vanishes as soon as a new project/idea is underway. I love Emerson on this: “Do not waste yourself in rejection. Do not bark against the bad, but chant the beauty of the good.” So I’ve learned to chant on…
Where do you see yourself in ten years?
Oh man… I see myself sitting in a room like the room where I’m writing this. I’m on an island at an artists’ residency, and outside my window magnolias are blooming and a cold spring wind is howling in off the Atlantic. For the past two weeks I’ve been writing and wandering this island, meeting new artists, eating good food, and I feel so whole and happy and curious about what’s coming next (in my life and on the page), I can’t imagine anything better. I’ll be writing. I’ll still be enjoying my wonderful husband and children and friends, and I’ll be wandering— physically, mentally and spiritually. And there’ll be a POPS club in every school in the country, and I’ll be so proud of having made that happen.
What’s still at the top of your bucket list, and how will you make it happen?
Top of my bucket list is travel to places I haven’t been but have dreamed of going—India, Southeast Asia, South America. I’ll pack a bag and take off—but that’s just the beginning. I’ll also keep adding to the list.
Favorite quote: Many of life’s failures are people who did not realize how close they were to success when they gave up.  – Thomas Edison

← Prev: Rosemary Butler - The Girl Who Fell In Love With The World Next: Why Women Will Lead the Way on Gun Reform →