Fire Season – My Journey from Ruin to Redemption 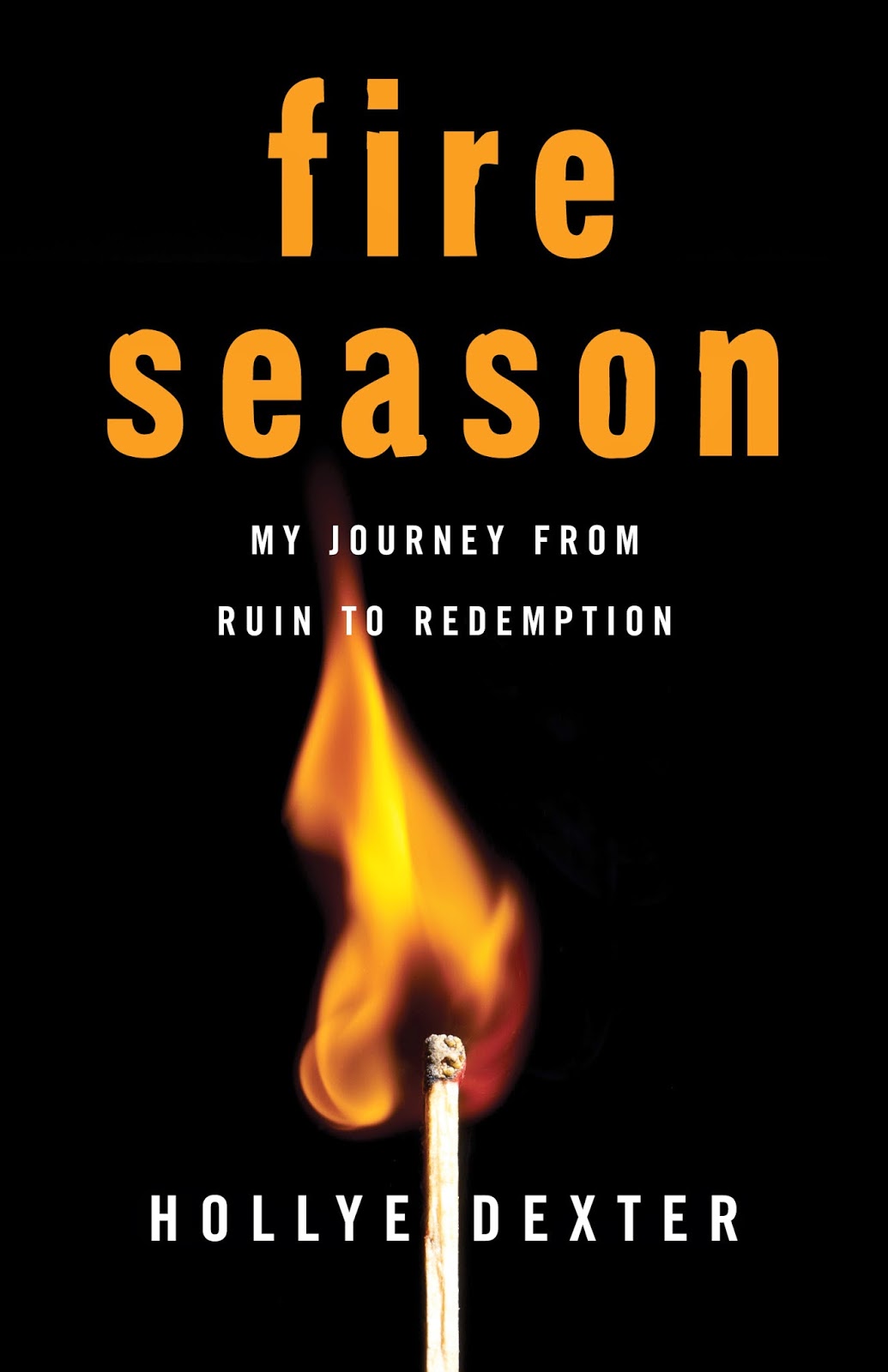 As many of you know, in November of 1994, our house burned down. After my husband Troy and I jumped out second story windows with nothing but our pajamas and our kid, our lives began a downward spiral of loss that would continue for four years, leading us into a deep depression and the brink of divorce. We lost three homes in 2 years, lost our cars, lost our friends, I lost my national business, we were bankrupted and we almost lost each other. But we survived. In 1999 we bought our house, things got better and were actually pretty great until 2010.
And then, in 2010, it seemed the cycle was beginning again. We were sued over a little dog named Stitch that we adopted. A three-year court battle followed. We had to get a restraining order against a violent neighbor with a criminal record for assault with a gun, who threatened my husband’s life. My husband’s boss, and great friend, Greg, dropped dead of a heart attack. Our dog Brandy died. Our septic system failed and flooded the yard, leading to a 10,000 repair job and an invasion of flies, not unlike the Amityville Horror (except they had better plumbing). We were busted flat broke from home repairs and court costs. And then, our daughter-in-law took our one-year-old grandson to Japan for a visit… and didn’t return. We thought we’d never see them again. We were overcome with grief.
During this time, I took an eight-week writing course with my friend Amy Friedman, where I wrote and shared, for the first time, the story of our fire. I was shaking so bad I couldn’t read the essay in the group, so Amy read it for me. After class, Amy and I went out for coffee and I confessed to her something I had been secretly fearing in my head. I told her, “My life is spinning wildly out of control, and I am terrified that I am in the beginning of a life pattern where I’m going to repeat another four years of hell.” And this is basically what she said. “You are still afraid of what happened to you, because you didn’t get the lesson in it. If you don’t write your way through this, you’re going to repeat the pattern. This fire story is not an essay. This is a book you need to write.” And only out of sheer terror and because I am slightly superstitious did I begin to write this book.
Four years later, Fire Season is about to be published with She Writes Press this spring (and you can pre-order it now for a discount on Amazon).
What I learned in writing my book was that I am stronger than I knew. That every time I let fear control my life, everything fell to shit. I saw, through my writing process, as I mapped out and wrote those years down, that it wasn’t until I chose love over fear that my life began to turn around. Through these past four years of intense challenges that began again in 2010, I learned to choose love over fear, and instead of losing everything, like we did in 1994, this time the outcome was very different.
After a year of praying and sending nothing but love to our daughter-in-law in Japan, many miracles lined up to bring our grandson home, and he now lives with his mother in L.A. After our three-year court battle, we still have our dog Stitch. The violent, criminal neighbors were evicted (the day after Christmas – best Christmas gift ever). We still have our home 15 years later and the new septic system works perfectly. This time, we didn’t lose everything. This time, yes, life knocked us on our asses – but we got back up faster. This time, when it seemed everything was falling apart, Troy and I turned toward each other in our grief and sadness (love), and not against each other (fear).
So, like Amy Friedman advised, I wrote my way through these four years, and now, after a summer from hell, I hope to God I’m coming out the other side. It’s not that I don’t have my challenges still. We’ve got a building inspector trying to wreak havoc with our house, and some trouble with termites…but I know better now than to let fear get the best of me.
Back in 1995, when I was spiraling down, I felt so alone, like there wasn’t a single person who got what I was going through. Books were what saved me. Books about hope, about endurance, about surviving. I wrote Fire Season because I don’t want anyone to feel alone like I did. I want to share my experience of finding hope on the other side of darkness.
I know that you, like me, have endured some difficult losses and challenges. I hope you’ll share your stories in the comments below…
← Prev: The Shero's Journey: Women Risen from the Ashes Next: How To Survive Being Fired →