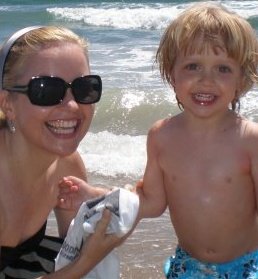 Today I played a marathon game of Chutes and Ladders with my four-year-old son and let me tell you, that game is not for the faint of heart. It gives “Risk – the Game of World Domination” a run for its money.

The object of the game is to move the 100 spaces to the winner’s spot at the top. Along the way, you are provided “Ladders” where you get to skip many spaces to move up the board, and then there are “Chutes” – long slides that punish you and send you reeling back to the bottom (sound familiar?).
Lately my son’s been preoccupied with the idea of winning. In fact, everything is an opportunity to win. He finishes a glass of milk, slams it down empty on the table and claims, “I win!”
So we play games like Candyland or Don’t Break The Ice and when he wins, he shouts out “I win and you lose, Mommy!” He doesn’t say it with any malice, and technically he’s right, but I explained to him that even in winning we must be gracious, and encourage the other person for playing a good game. So now when I lose, he gently pats me on the back and says in a sweet sing-songy voice “Congratulations, loser.”
So today we’re playing the game, and I just happened to get lucky and make it to the winners circle. I won. His face was a little sad. He dropped the dice and started to pack up the game.
He said, “Aren’t you going to say Congratulations loser to me, Mommy?”
And suddenly, the importance of this moment sunk in. My son isn’t a loser because his roll of the dice was different than mine. He didn’t lose because his journey set him back on the gameboard. My head was spinning as I related this preschool game to my whole life. I could see our history on the multi colored spaces….
The Dexter’s Real Life Chutes and Ladders:
1993- My struggling business finally turns a profit after four years of loss. “LADDER”
1994 – It burns down. “CHUTE”
2003 – We take out a loan and build my husbands recording studio, which is booming with business. “LADDER”
2004 – It floods. “CHUTE”
2010 – We’ve finally paid off our debt. “LADDER”
2010 – We’re being sued. “CHUTE”
But did we ever pack up the game and walk away? Nope. We kept rebuilding, kept going after our dreams even with the knowledge that although other “chutes” could be in our future, the winners circle was still up there.
So I told my son, “Wait a minute, why don’t you finish the game?”
He looked at me confused, “But I lost, Mommy”
I answered, “Just because one person makes it to the top first, doesn’t mean the rest of us are losers. You keep going.”
So he did, and bless his little heart, every time he got to the very top, he’d land on this one terrible chute that would take him right back to the beginning. And I’ll be damned if that didn’t happen four times in a row. It got to the point where he was laughing so hard when it happened, he fell over in his chair. It took him another half hour to finally make it to the winners circle, but boy oh boy was that a sweet moment. We jumped up and cheered. Isn’t that just like life?
In teaching my son this lesson today, I think I’m the one who really learned the value of never giving up. When I think of the times I’ve been so discouraged, the times I just knew that someone else had already done it better, faster, slicker than me, whatever it was, and I just wouldn’t try. All the times I packed up the game and walked away, because someone else had made it to the top first – they had written the better song, the brilliant book…I walked away from my own chance to win.
And that chance is still there for all of us. Some of us may take a long time to get there. We may be middle-aged, hell, we may even be old (Betty White’s comeback at 88? Helloooo!) but we can still have our day in the winners circle. And if we help each other, maybe we can avoid a few of those chutes and get there a little sooner.

**This piece was published in Chicken Soup for the Soul: The Power of Positive 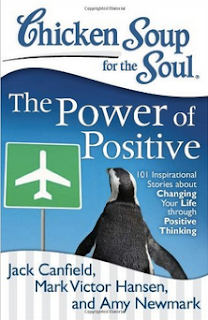 ← Prev: Gratitude Next: My Workshop Experience →