When you put your faith in love… 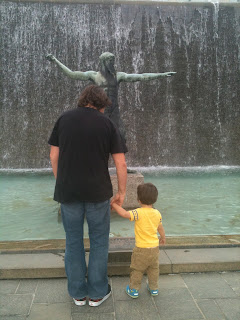 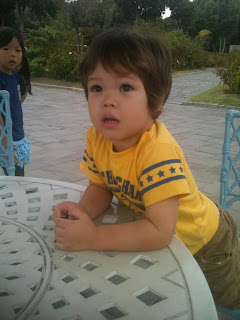 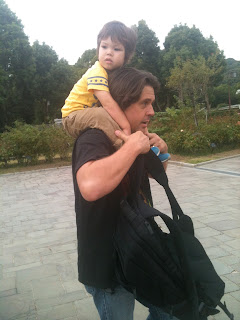 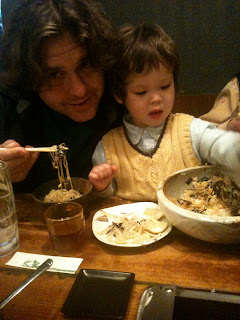 Troy is home from Japan with videos and pics of our grandbaby Ayumu, and as I peruse them again and again, I am overwhelmed with gratitude. I prayed for this EVERY day for a year. I woke up each morning, and thought about Ayumu. I closed my eyes and tried to remember the scent of his hair, the feel of his skin, the weight of him against my hip. I conjured up the feeling of running my fingers through his baby curls, the way he’d nestle his head into the hollow between my neck and shoulder, how he’d exhale and lay soft against me. Then I would take all that love, and put it into a prayer. Every single day. I called on every ancestor in spirit. I prayed to God, to angels. I asked for help from anyone who was out there in the cosmos.

A year ago, when Aya,my daughter-in-law, and Ayumu failed to return from a “visit” to Japan, when her facebook and email accounts disappeared, when she stopped communicating with all of us, yes, I panicked. I feared we would never see our grandson again. But I knew that fear was not my friend, and would only make a bad situation worse. After the tears and ranting, I decided, instead, to invest in faith. I put that faith in LOVE.

For a year we have prayed, and sent only loving words to Aya. Even though she often would not respond, we still sent love.

A year later, this happened in Kobe, Japan. I think this picture says it all.

Some may say it was coincidence that while touring with Wilson Phillips, Troy was booked on a layover in Japan, but I know it was my answered prayer.

Aya rose to meet the occasion, and welcomed Troy into her home for three days, letting him spend every waking moment with Ayumu. Ayumu rushed into Troy’s arms, held his hand everywhere they went, chattered in Japanese to him. If we had gotten angry with Aya, which certainly would have been justified, I know this gentle reunion would not have happened. Aya has matured over this past year. She is seeing things differently. And now, she is talking with both Troy and our son Taylor ( still her husband) about the possibility of coming to visit.

What I have learned through this ordeal is to never lose hope. Never lose faith. Miracles are possible when you keep your heart open. We don’t have the perfect scenario, and I don’t know that we ever will, but somehow we will find a way to be a family. Even with 5000 miles between us, through the cultural differences and the hurts and misunderstandings, we are a family. Love wins.

← Prev: Interview with Sean Strub, founder of Poz magazine Next: Bill Patrick is a Feminist →