“35 years ago, this could have been me.” These were President Obama’s words about Trayvon Martin in his impromptu speech on July 19th, following Zimmerman’s not guilty verdict for the murder of Trayvon.
And it hit me in that moment. 35 years ago, theoretically, it could have been me, too. But it wasn’t.
For 16 months, the right-wing media has been on a nonstop campaign to portray Trayvon Martin- the murder victim- as a thug who deserved what he got. He was, after all, suspended from school for having traces of marijuana in his backpack. And he sent a few inappropriate tweets.
Let me tell you about my own teenaged past.
Like Trayvon, I was a good student, getting mostly A’s and B’s.
I also smoked pot.
I drank at parties.
I was picked up by the police for truancy, even handcuffed and taken in to the station.
I was in trouble with the principal for forging absence notes.
I sent inappropriate notes to friends filled with bad words (my day’s version of tweeting)
I once shoplifted, to see if I could get away with it. I did, because security never follows me in a store.
I got in a few fistfights when I was younger. (Like Trayvon, I defended myself against bullies.)
On my way to or from parties, I was often walking in wealthy neighborhoods late at night, where I didn’t belong.
But no one ever thought I was a bad kid. No one ever bothered me when I was walking in wealthy neighborhoods late at night because I looked like this: 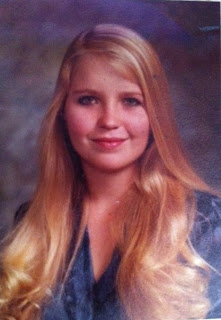 And though I was a poor kid from the other side of the tracks, my mother never had to worry about someone shooting me for walking in the wrong neighborhood.
And then there’s my friend Dennis. He and I grew up together since the first grade. We lived in the same neighborhood. Had the same friends. Went to the same parties. But Dennis is black. His experience was very different than mine. Dennis served in the military just out of high school. He was stationed in Coronado, a very wealthy, very white neighborhood in San Diego. Every weekend when he was on leave and in civilian clothes, he would get pulled over by police and questioned: What are you doing here? Where are you going? What’s in your car?
Can you imagine serving in the U.S. military, and facing that humiliation week after week? And the thing is, though Dennis and I have been best friends for 45 years, he’d never told me that before. Immediately after the Zimmerman verdict, Dennis called me, and for the first time ever, we talked about race. 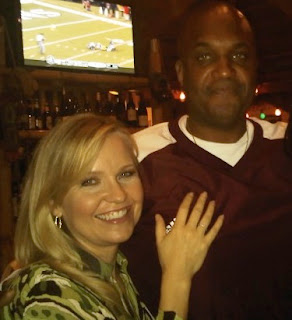 If there is any silver lining in this Trayvon Martin tragedy, it’s that it has opened up some necessary wounds, and given us all a strong dose of reality. It’s time we all start sharing our stories. It’s time we really listen, and try to understand another person’s point of view.
When I started working in gun violence prevention after Newtown, I began talking with a lot of parents who had lost children. Many of those parents were black. They too were moved to action by Newtown, but their words to me were: This has been happening in our communities for a long time. Our children are dying every day, but no one notices. It took the murder of 20 white children to get America’s attention.
Before I met these parents, I didn’t really know how deep the problem was because the media’s coverage is so minimal. Until I was standing in the streets marching with these mother and fathers, I’m embarrassed to say I didn’t really know.
Now I know. We all know. And it’s up to us to take action. No mother or father should ever have to lose a child, or to face this kind of injustice again.
If Trayvon Martin was a thug, then I was a thug, too. But because of the color of my skin, I got to finish high school, go on to college, and have a family, a full life and a rewarding career. I want all children to be safe on the streets of America. I want them to be safe in their neighborhoods, in schools, in movie theatres. I want them to be safe from dangerous Stand Your Ground laws devised by the NRA. All children deserve to grow up to have the opportunities I had.
Currently 24 states have Stand Your Ground (or similar) laws. I will stand my ground as a mom- and campaign until the last of these laws is overturned.
(Click here to read my blog on the roots of racism: Lizard Brain Strikes Again )
← Prev: Black in America- a guest post by Marquis Alexander Next: Today I Feel Like a Failure →